English Seaside Towns with the Best Rated Hotels and B&Bs

With the pound at a weak level, and many households struggling to keep on top of their outgoings, staying here in the UK may be a more attractive holiday option than travelling abroad this year.

With that in mind, LoveMyVouchers.co.uk have conducted a study to find out which seaside towns are considered to have the best hotels and B&Bs, according to guest ratings.

The ratings were taken from 3 trusted online review sources, and combined to produce an average. When providing a review, hotel guests are asked about the service, value for money, location and cleanliness of the accommodation.

A score out of 10 was calculated for each of the seaside resorts, based on their average ratings. 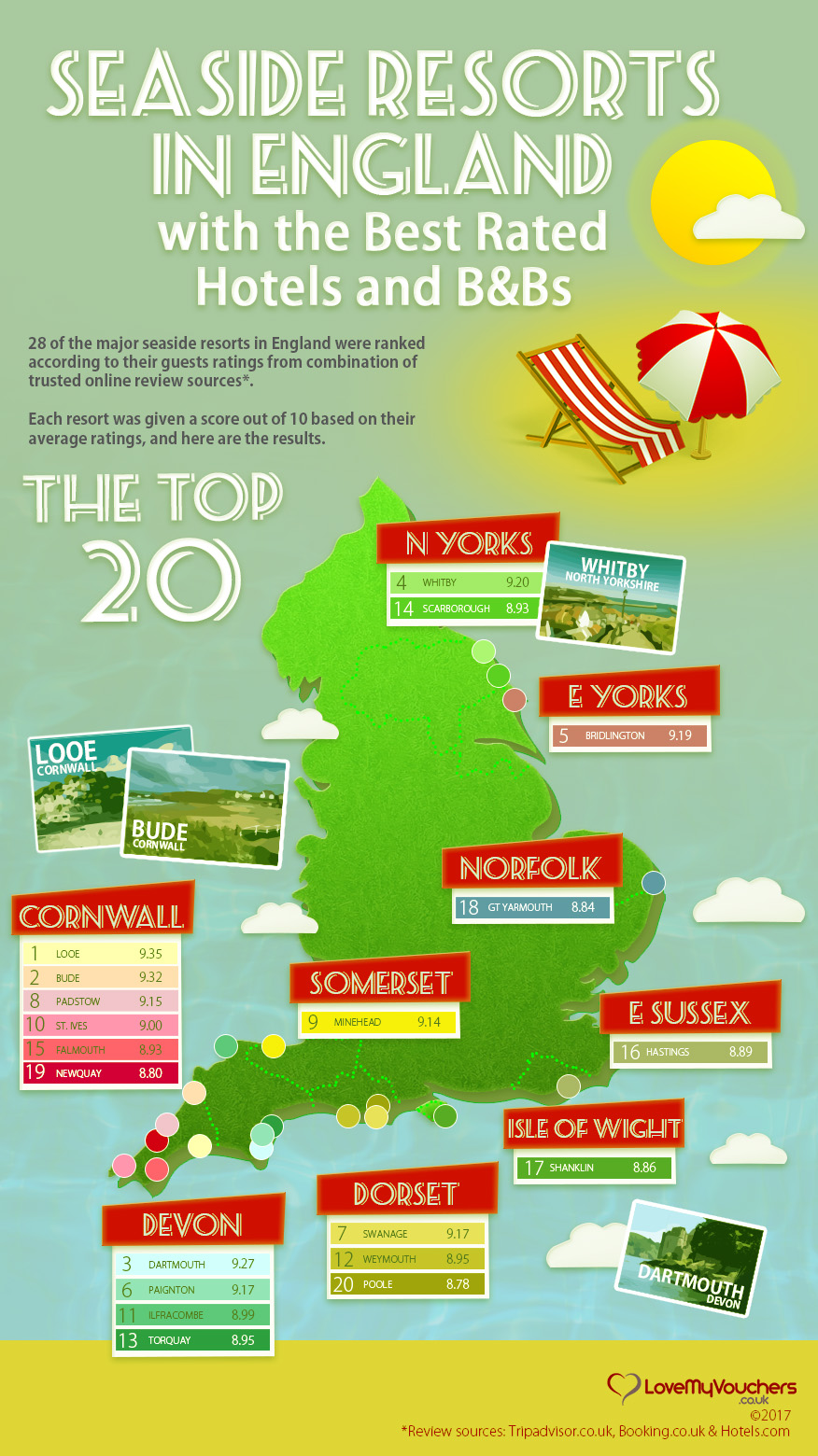 With the highest average hotel and B&B ratings, the seaside town of Looe in Cornwall achieved an outstanding score of 9.35 out of 10; placing it ahead of any other seaside town included in the study.

The top twenty were as follows:

The average score overall was 8.89. The average score for Cornwall was 9.09, which was third after Devon and (9.093) and East Yorkshire (9.19). When the results were weighted by the number of seaside towns in each county, however, Cornwall ranked first.

The top 5 ranking counties, taking into account the number of seaside towns examined for each county, were as follows:

Guest ratings are a useful tool when making a decision about where to stay. This study has highlighted the seaside towns in England with the most highly rated hotels and B&Bs, placing the Cornish town of Looe at the top of the rankings.

With a highly concentrated number of seaside resorts with more than 50 hotels or B&Bs, the south west of England was also the area with the best rated hotels & B&Bs, so holiday makers heading in that direction are more likely to find accommodation that previous guests have reviewed favourably.

Ratings compiled from Tripadvisor, hotels.com and booking.com on 11th January 2017.